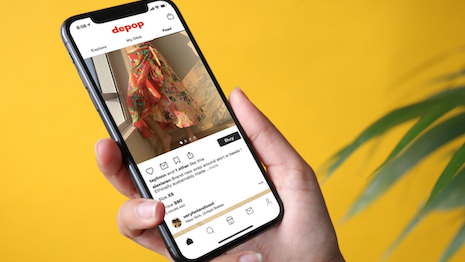 Etsy buys Depop App for $1.6bn. Etsy is purchasing Depop, a UK-based resale fashion app, in a move to secure younger Gen-Z shoppers. The $1.62bn (£1.14bn) transaction was made public on Wednesday and is envisioned to be completed later this year. Etsy chief Josh Silverman hailed Depop as “the resale home for Gen-Z consumers”.

Around 90 per cent of shoppers on Depop are below 26 years, as younger users place emphasis on doing shopping in a much more sustainable way. The app, which was developed in 2011 in London, allows shoppers to buy and sell second-hand clothes via its online marketplace. Depop couples its shopping aspect with Instagram-style direct messages. This allows buyers and sellers to haggle on prices and postage.

It now boasts of about 30 million registered users all over 150 countries. On the other hand, Etsy tends to cater for older customers, with vintage items and craft goods on offer from its sellers. In 2020, the sum of active sellers on the platform was 4.3 million. In addition, the site had 81.9 million active buyers who had purchased goods using the platform.

Depop deal will help it grow.

“Depop is a vibrant, two-sided marketplace with a passionate community, a highly-differentiated offering of unique items, and we believe the significant potential to scale further.”

He added that this deal would enable Depop to grow further, despite being based in London and still managed by its existing team.

“We’re on an incredible journey building Depop into a place where the next generation comes to explore unique fashion and be part of a community that’s changing the way we shop. They come to Depop for the clothes but stay for the culture.”

The deal was a bid to raise funds.

Etsy said the deal was made up primarily of cash and was “subject to certain adjustments for Depop’s working capital, transaction expenses, cash and indebtedness, and certain deferred and unvested equity for Depop management and employees.” When the deal is finalized, Etsy will play host to three brands- Etsy, Depop, as well as Reverb, an online marketplace that deals in new and second-hand musical instruments. This deal hallmarks the most significant acquisition yet for Etsy. Etsy went public in 2015 on the New York Stock Exchange.

Before getting into a sale to Etsy, Depop had managed to raise a total of $105.6 million. This was from a wide range of investors, including Creandum, General Atlantic, Octopus Ventures, Balderton Capital and Klarna CEO and co-founder Sebastian Siemiatkowski.

Resale apps such as Depop, Vinted, and eBay have made the most of customers holed up at home due to the lockdown. Sales and listings of items saw a spike. This could be partly because of consumers leveraging their extra time to carry out a thorough spring cleaning. Others could have gone through their closets and identified additional sources of income.

The resale market expected to grow

According to ThredUp’s annual Resale Report, it projected that resale would be 1.5 times larger than fast fashion. Used items are predicted to make up for an average of 13% of people’s wardrobes. On the frontline of this growth are people who belong to the Millennial and Gen-Z generations; They are driving this growth. For example, 18 to 37-year-olds are opting to buy pre-owned apparel, accessories and footwear 2.5 times faster than the other age groups.

As countries went into lockdown measures, Depop was among the resale companies that saw an increase in elevated numbers and traffic numbers. From April of last year, the company registered a 163% year-over-year spike in new app signups. It also saw a 200% year-over-year traffic growth in the US. Additionally, it saw a 300% year-over-year growth in items sold.

“Over the next ten years, it will become larger still, fuelled by an interest in sustainability, a desire for uniqueness, and the rise of the participatory consumer who wants to trade as well as buy.”

However, he also indicated that the market is getting more crowded, that apps could be forced to scramble for customers’ attention.